We receive a lot of questions regarding out Gecko Genetics line tangerines. Gecko Genetics (thebestgeckos.com) was founded by Jason Haygood founded a few years back. His tangerine line originally began from various bloodlines then  bred to an Electric male. He took holdback females from that pairing and bred them to a nice TUG line tangerine male. This combination produced amazing results and from those he selectively bred them to what they are now. He went out of business a few years ago and sold off his collection. We were fortunate enough to acquire one of his nicest males he ever produced. They are known for staying deep red through to adulthood and not browning or dulling out like most tangerine lines.

Not commonly known is that the Mandarin line is the Gecko Genetics line re-branded.  The NDBE gene later proved out from 2 separate males from Gecko Genetics tangerines, one group in Europe, and one group here at GeckoBoa. 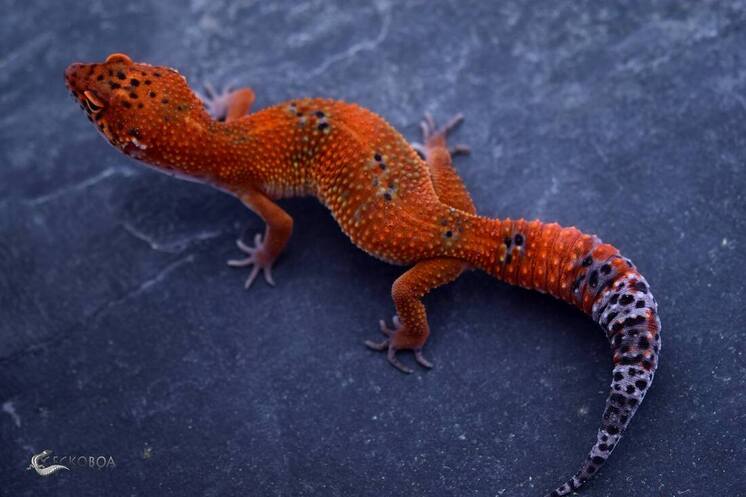